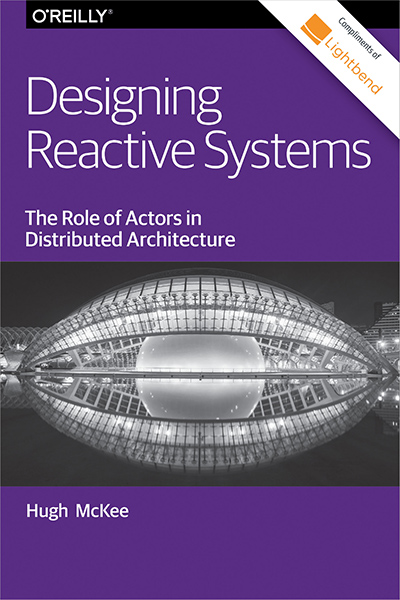 Designing Reactive Systems:
The Role Of Actors In Distributed Architecture

Everything old is new again, at least when it comes to the Actor model. Today, there is renewed interest and adoption of this technology for building distributed systems, especially as cloud concurrency challenges increase. As this report explains, the Actor model provides a relatively simple but powerful way to design and implement reactive applications that can distribute work across clusters of cores and servers.

Author Hugh McKee shows you how Actors behave and interact as humans do when it comes to communicating, and how these similar behavioral patterns provide basic intuition when designing reactive systems. Actors allow your teams to focus on an application’s business logic rather than on low-level protocols, accelerating time-to- market while keeping your infrastructure costs low.